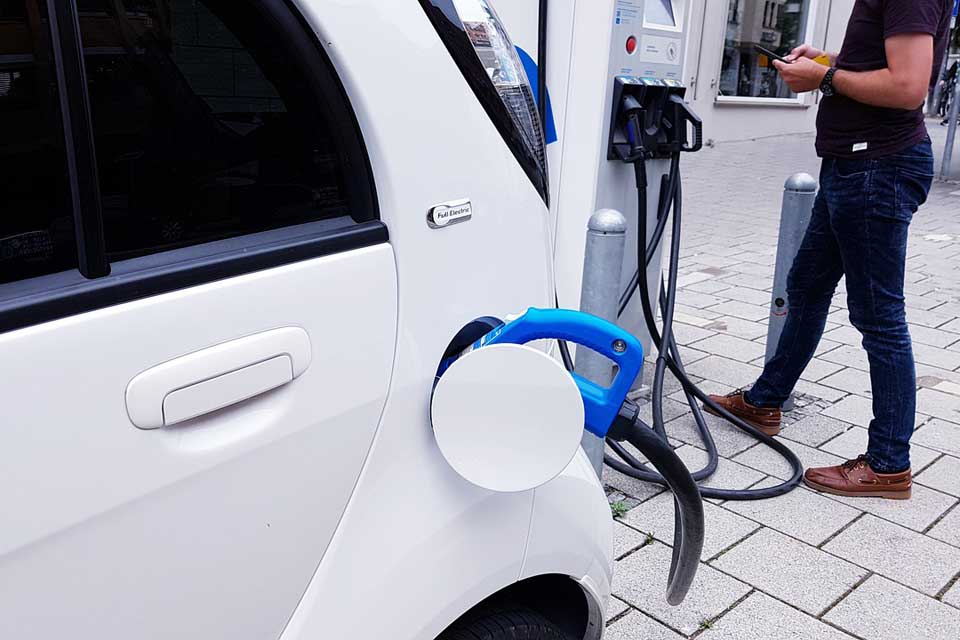 By Will Craig, Managing Director, LeaseFetcher

On 15th February 2013, nine-year-old Ella Kissi-Debrah died in hospital after suffering an asthma-induced seizure. She lived just off the South Circular in Lewisham, a notoriously polluted stretch of road.

Five years after her death, a report from Professor Stephen Holgate, an expert on air quality, highlighted a “striking association” between Ella’s many emergency hospitalisations and recorded instances of illegally high levels of air pollution. Professor Holgate’s report concluded with a chilling prediction: there was a “real prospect that without unlawful levels of air pollution, Ella would not have died.”

While Ella’s death is tragic, it is sadly not unique. Earlier this year, a new study from German researchers suggested 64,000 people a year die prematurely as a result of air pollution in the UK.

Despite strict regulations and testing, internal combustion engines (ICE) are still the main cause of air pollution. Even the newest ICE vehicles still pump out huge amounts of carbon monoxide, nitrogen oxides and particulate matter into the air.

Battery-powered electric vehicles, which produce no tailpipe emissions, are often hailed as the solution to our air pollution crisis. However, electric vehicle uptake is slow. Last year, just 2.53 percent of the cars on our roads were electric.

As hotbeds of innovation, many people expect universities to be early adopters of electric vehicle technology and drive progress from the front. And around the world, universities are taking great strides to clean up their fleets.

But how are UK institutions performing? Are our universities driving an all-electric revolution or persisting with ICE vehicles?

Over the past six months, we have compiled data on the fuel composition of the fleets of 110 UK universities obtained through Freedom of Information requests.

In this report, we have highlighted five interesting findings from our research. While some points seem disheartening, others have sparked hope for positive change.

The UK government has banned the sale of petrol and diesel cars after 2040 and there is substantial pressure to pull the date forward to 2035 or even 2030. Time is ticking to make the switch to an alternative fuel vehicle.

Most industry experts are agreed that electricity is the fuel of the future. Consequently, car manufacturers are investing heavily in electric and hybrid technology.

Volkswagen is determined to have 30 new EVs by 2025. Volvo announced it won’t sell pure-ICE cars after 2019. Ford recently invested $500M in Rivian, an electric truck-maker, who will help them develop future models. And by 2020, all new smart cars in Europe will be fully electric.

While EV adoption in the UK is increasing, diesel remains the dominant fuel type in most fleets. Across all universities investigates, diesel cars made up 69.9 percent of the fleets in 2018/19, down 1.6 percent from 2017/18.

For both 2017/18 and 2018/19, we discovered that nine percent of universities only had diesel cars in their fleets.

Our data shows that diesel is still the clear favourite fuel choice for university fleets but there are signs of a slow decrease.

Confidence in diesel is falling.

Our data shows that diesel is slowly falling out of favour with UK universities and the same can be said for the UK public as a whole. In fact, sales of diesel cars plummeted by 37 percent between March 2017 and March 2018, according to the Society of Motor Manufacturers and Traders (SMMT).

We carried out a supplementary survey on UK motorists to investigate public opinion on electric and diesel cars. Over 60 percent agreed that diesel cars are harmful to the environment and 60 percent feel that diesel cars also have a negative impact to the public’s health in terms of air pollution. Over half of our respondents said they are now less likely to purchase a diesel car than they were five years ago.

A similar pattern follows when we turn our attention to the university data. We can see that the number of new diesel cars bought by universities is falling.

While electric vehicles still make up a very small part of the UK market, uptake is accelerating.

While electric vehicle adoption is rising, some universities are dragging their heels. More than one-quarter of universities possessed no electric cars in any of the years examined.

The progress towards electrified fleets is slow and steady but it is progress nevertheless.

Universities are more willing to buy electric than individuals

Our data shows that universities are far more willing to adopt electric cars than the UK public as a whole.

In 2018, the electric cars made up just 2.53 percent of the UK automotive market. For universities, however, 14.9 percent of the entire fleet was electric. Universities are speeding ahead of general UK EV adoption by a staggering 12.37 percent.

But why the divergent figures?

The Business, Energy and Industrial Strategy Committee examined the roadblocks in the way of consumers transitioning to electric vehicles.

Vehicle cost is the primary stumbling block. Unlike nations like Norway, where the government invests heavily in subsidies, the UK’s plug-in car grant was slashed in November 2018. It formerly covered 35 percent of the cost of the car.

In our opinion poll, over 70 percent of respondents said electric vehicles were only accessible to wealthy individuals. Nearly 80 percent said they would be more likely to purchase an electric vehicle if subsidies lowered ownership costs. In comparison, universities have dedicated fleet budgets and can justify higher up-front costs with long-term savings.

Universities, on the other hand, are predominantly based in urban areas, which have access to public charging points. Additionally, most universities also own land or buildings, which allows them to install their own charging stations.

Leading the way to electrification

In our survey, 78 percent of respondents said they think that universities should lead the way in the adoption of electric cars. But which institutions are making the greatest progress?

Based on a minimum of a 10-car fleet, we have identified the top five universities for electric vehicle adoption.

These leaders demonstrate that with the right approach, UK universities can keep up the pace with their international counterparts when electrifying their fleets.

We also examined EV adoption by country. Based on having a minimum of a 20% electric fleet, we found that:

English and Scottish Universities are clearly leading the way, with English Universities pulling slightly further ahead. These findings make sense when compared with the chargepoint distance data mentioned earlier as it highlights a significant lack of charging points in Wales.

Whilst the proportion of electric cars in university fleets is growing faster than diesel—and at a faster rate than the UK average—these fleets have a long way before they are fully green.

As other international institutions press forward with electrification, UK universities need to commit more firmly to switching if they are to keep up the pace.

Results for this poll are based on online survey responses collected on 30th April 2019 with a random sample of 100 adults, aged 18 and older, living in the UK, who drive a vehicle 3 or more times per week. The sample for this study was randomly drawn from Pollfish’s network of 570M consumers.

The data on UK university fleets was gathered by use of the Freedom of Information Act 2000. All data was gathered by our in- house team of marketers and can be obtained upon request.

To request a copy of our full report or a copy of the survey data, please email contact@leasefetcher.co.uk.