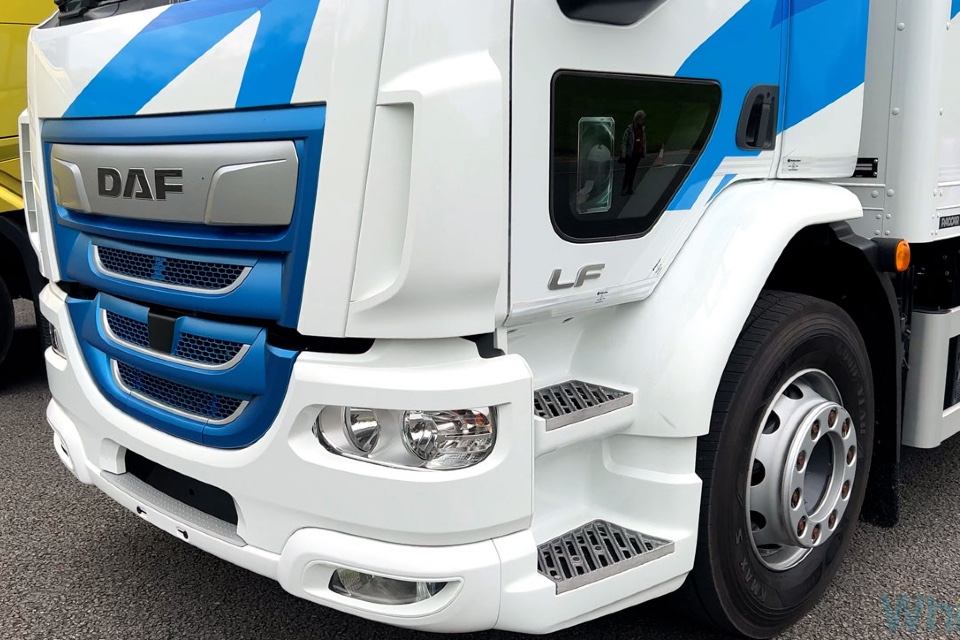 Feep in the Bedfordshire countryside is a unique testing facility called the Millbrook Proving Grounds. Tucked behind a small forest of trees are several private tracks allowing you to test a vehicle in every environment possible – from small town to race track, extreme hills to extreme bumps and undulations. WhichEV was invited along to see the latest electric commercial vehicles from DAF, Volvo and Renault by the SMMT.

In one of the rare few places in the UK where you can drive a 26 ton truck without an HGV license, we put these silent monsters through their paces, trying to decide: Are UK businesses ready for the move to electrification and, if so, what would be the best electric truck for your business?

When WhichEV visited Renault’s new electric mobility factory in Blainville-Sur-Orne back in March, its team were given a detailed breakdown of their plans to move the world’s transport systems from diesel to electricity. Alongside Volvo (part of the same group) and DAF (which has been supplying commercial vehicles for close to 100 years), Renault will play a major role in moving commercial haulage away from fossil fuels.

Click here to read WhichEV’s hands-on with three of the main contenders for the switchover. 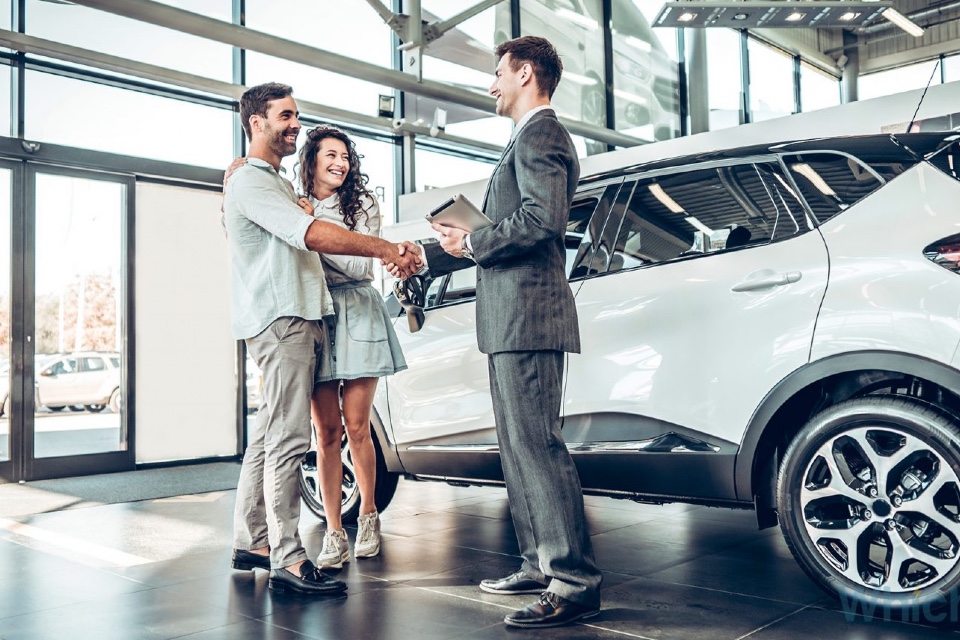 Factors to consider before getting your first electric car

By James Morris, Which EV

Ten years after Nissan began selling the Leaf in UK showrooms, the UK market for electric vehicles finally took off in 2020. Now, almost 15% of all the cars sold so far in 2022 are pure electric, but with so many options to choose from, it can be difficult to pick the best car for your needs. To help you make that choice, we’ve covered the six most important questions you need to answer before making your purchase or starting a new lease.

So what are the major factors you need to consider? Click here to read WhichEV’s guide for fleet and private users. 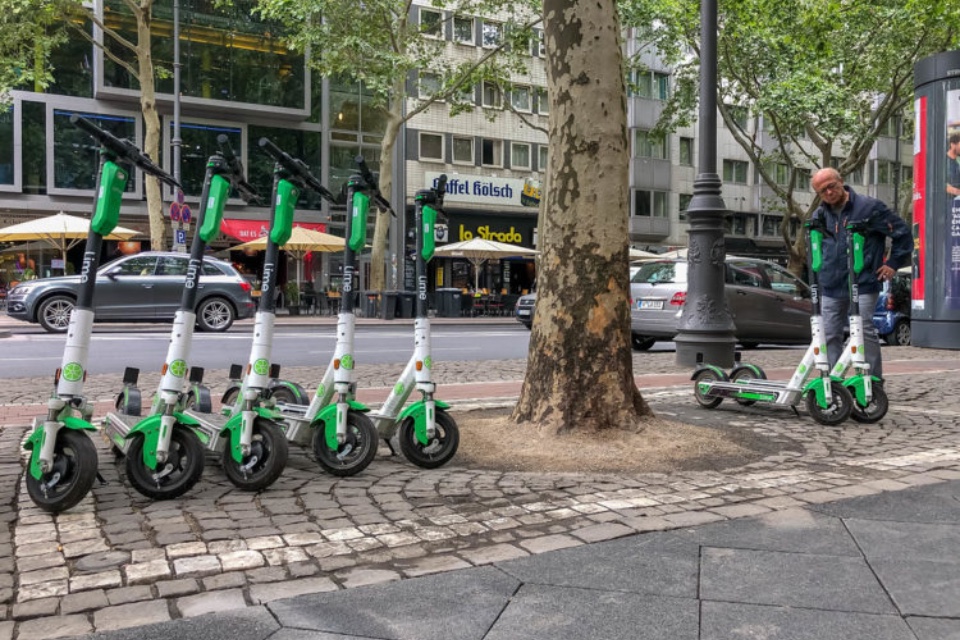 https://fleetservicessummit.co.uk/wp-content/uploads/2022/05/E-scooter-rental-750x563-2.jpg 960 640 Stuart O'Brien Stuart O'Brien https://secure.gravatar.com/avatar/81af0597d5c9bfe2231f1397b411745a?s=96&d=mm&r=g 9th May 2022 7th June 2022
By: Stuart O'Brien
9th May 2022
By Farooq Beloch, WhichEV
As a new study from the Royal Society for the Prevention of Accidents reveals that electric scooters are five times safer than bicycles: Are we about to see new legislation which revolutionises inner city travel?
Given that scooters are likely to be limited on speed, not raw power – will the UK Government allow for a broader definition of ‘electric scooter’, that might open up new ‘last mile’ delivery options for companies that want to show their green credentials?
Click here to read the full story. 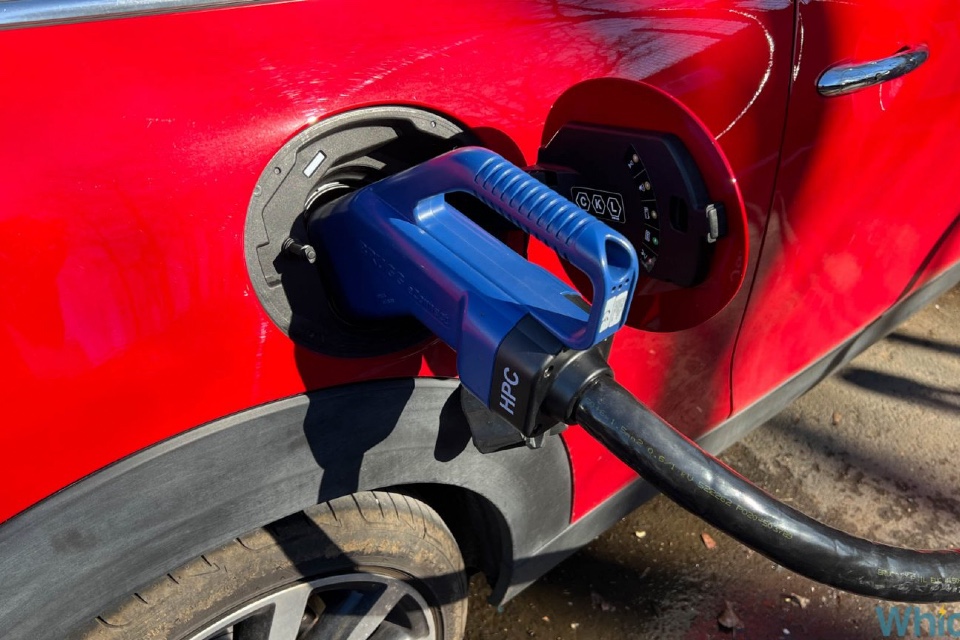 The WhichEV guide to EV charging made easy

Charging your EV should be easy. In fact, it should be as easy as the experience people have putting petrol in their internal combustion cars. But some of the time it isn’t. This is frequently used by EV haters as an excuse to avoid switching to an EV, or even to vocally criticise them on social media.

However, a lot of this is merely a cultural change. In the same way that you need to avoid putting petrol in your diesel car (and vice versa), an EV owner needs to know their CHAdeMO from their CCS, their AC from their DC, and other characteristics of their vehicle’s charging capabilities. This WhichEV guide is here to help you navigate the cultural shift, to help you make EV charging easier. 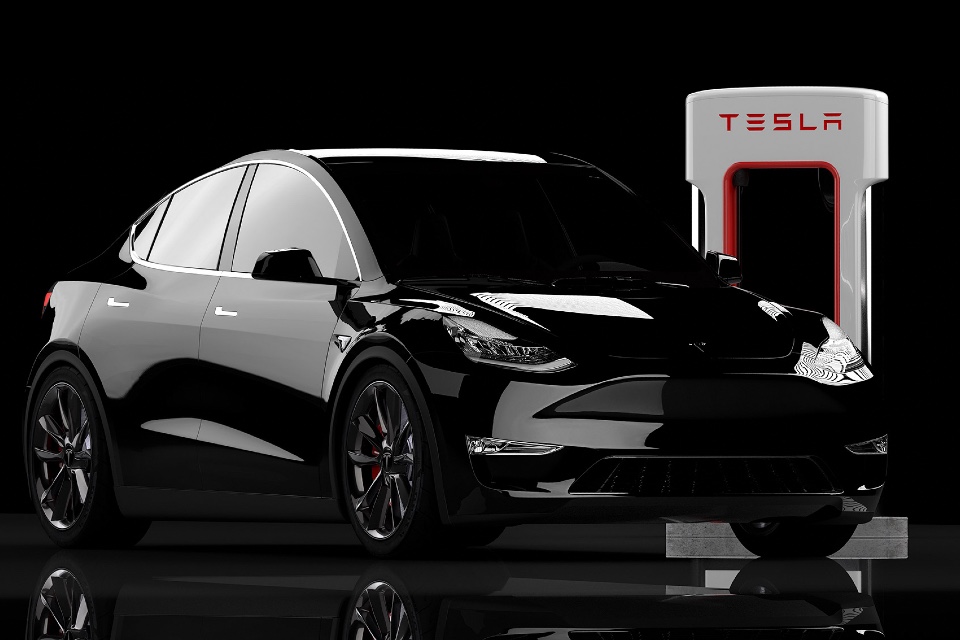 EV sales for March up 79% year-on-year

While the increase was spread across a number of popular models from Stellantis, VW and Hyundai – the sales data from Tesla really stood out.

In the past, that kind of money would normally be reserved for executive cars from Mercedes, Lexus and BMW – none of which have a model in the Top 10 so far this year.

Looking at the growth in EV sales, it’s worth noting that the overall car market declined by more than 14% – driven mostly by a drop of more than 55% in diesel registrations.

With diesel prices close to £1.80 a litre and most energy suppliers still offering electricity at lower rates overnight, we’re only going to see an increase in momentum from polluting, fossil fuel cars to cleaner, cheaper-to-run EVs.

Rapidly declining resale values on fossil fuel cars, over the coming years, will only see the rate of change accelerating. 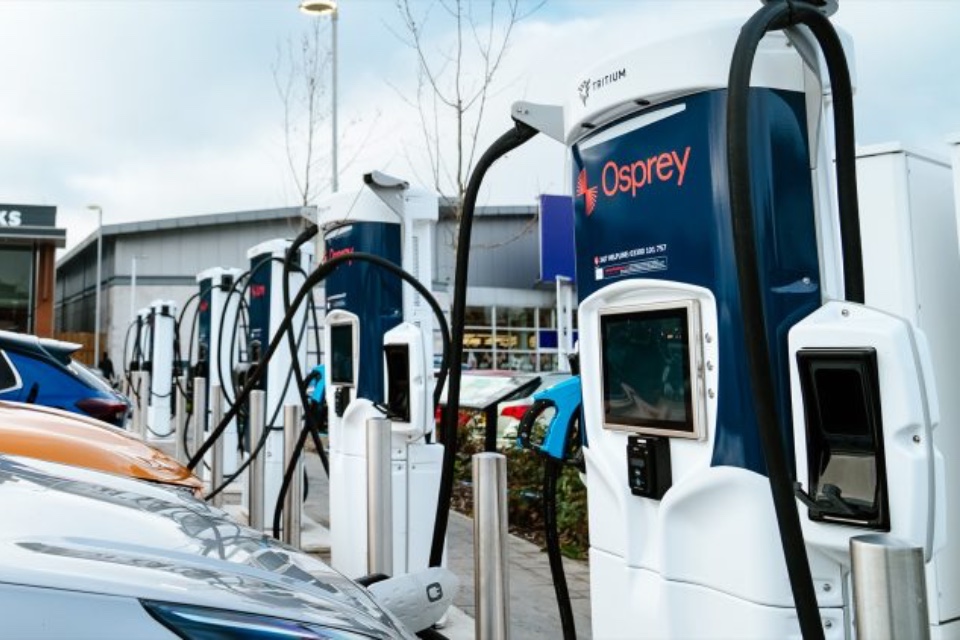 More EVs were sold in 2021 than in the previous decade. With close to 450,000 EVs on our roads today, the 30,000 public chargers that are available to the public are clearly not enough.

To help bridge the gap, the Government has confirmed a direct contribution of £450 million alongside a massive investment from the private sector. This programme has been driven by the Secretary of State for Transport, Grant Shapps, and has been applauded by industry leaders like Ian Johnston from Osprey Charging.

WhichEV looks at the details and evaluates the impact this money is likely to have – Click here to read more. 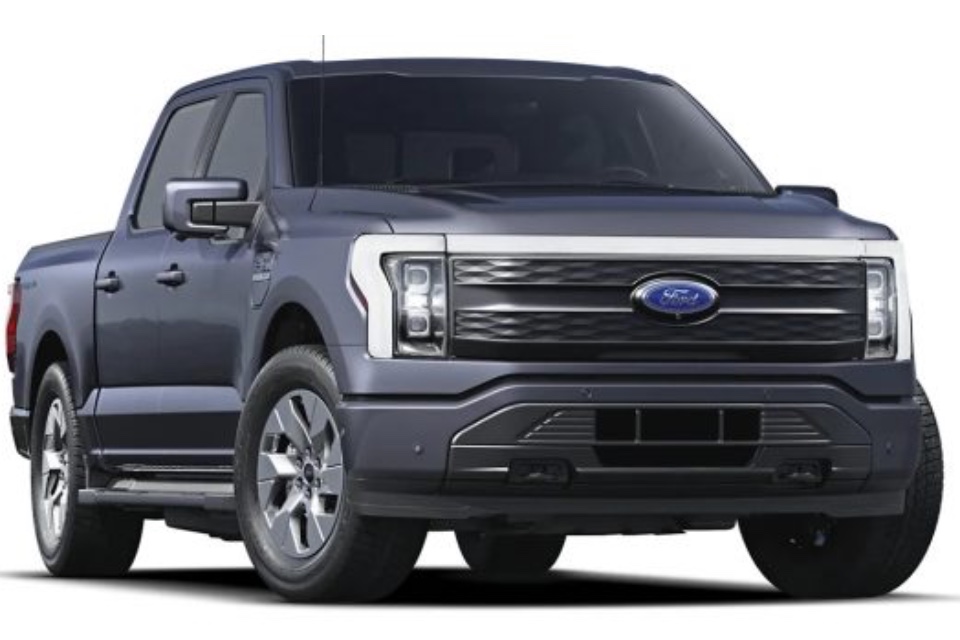 Back at the the start of 2020, Citroen’s CEO announced in Paris that the brand would be pushing for a 100% electric line up of consumer cars by 2025. That’s a full five years ahead of the Government’s target. This week sees an announcement from Vauxhall that it will move to a 100% electric platform by 2028.

Combined with record high prices at the petrol/diesel pumps – and similar announcements by other manufacturers – it makes you wonder about the resale value of fossil fuel cars going forward. Ford is expecting that a third of its global shipments will be EV by 2026, with the company aiming to sell over two million EVs in the next four years.

In February 2022, battery electric vehicles counted for almost 18% of all the new vehicles registered – outselling diesels by more than 2 to 1.

With diesel nudging past £1.90 at some service stations, BiK set to remain at 2% for a while yet and Salary Sacrifice Schemes able to save workers thousands of pounds on a new car the arguments in favour of moving fleets across to electric vehicles have never been stronger. 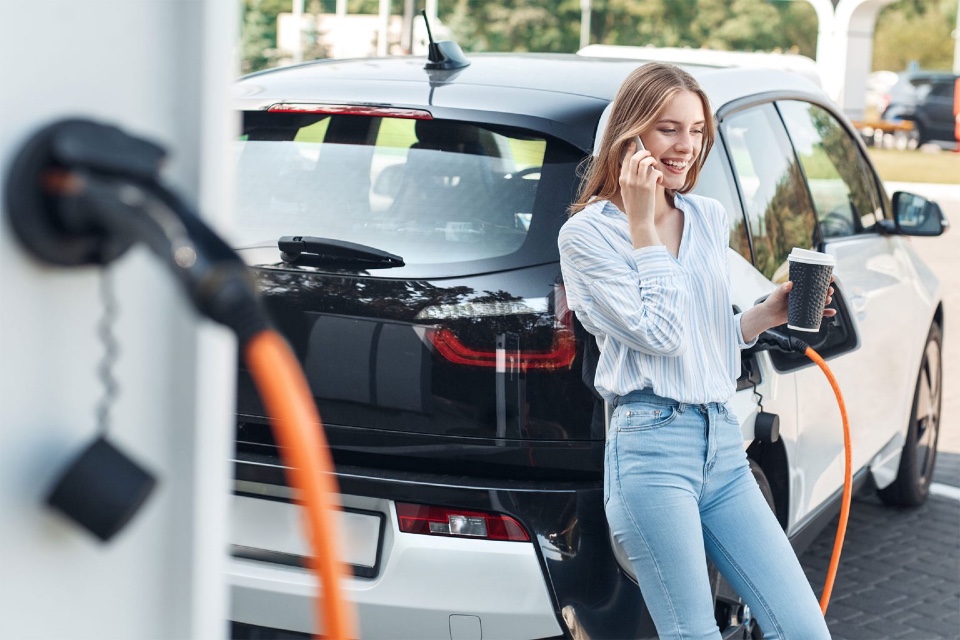 Experienced EV drivers find the whole charging process relatively simple, but it can be daunting for those new to electric vehicles. WhichEV has created an updated guide to charging that helps to demystify the process and explain some of the more important terms.

Knowing where to find the latest high-powered public charging hubs from industry leaders like Osprey can be really useful when you need a quick, reliable charge during business hours.

WhichEV also covers street charging, that can offer a low cost overnight solution for those without a driveway – as well as public destination charging and the options you’re likely to find at motorway service stations. Finally, the guide covers the kind of charges you’re likely to pay and the kind of etiquette that will make you popular with other EV users. 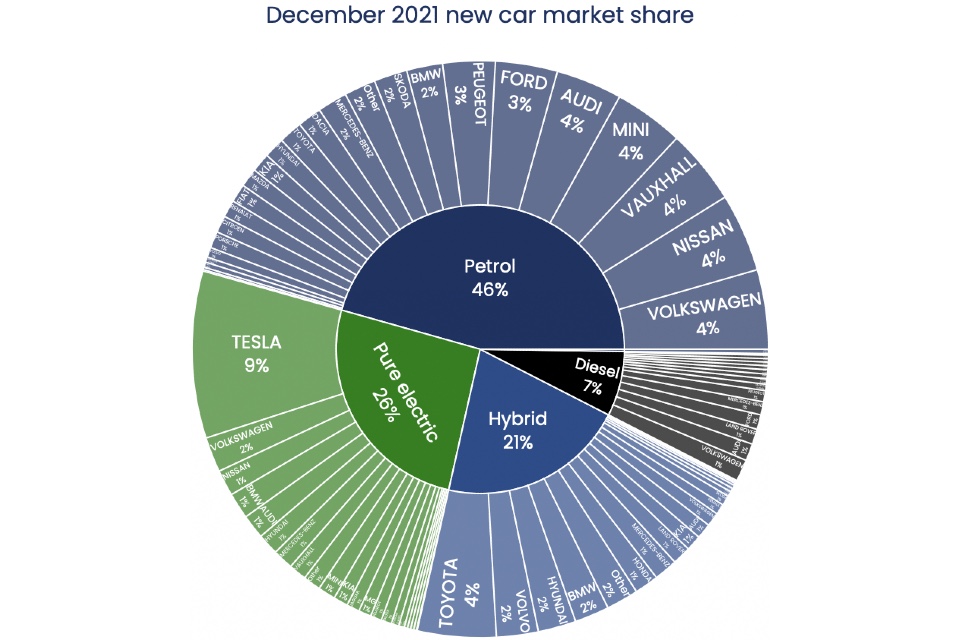 Quarter of car sales in December 2021 were electric

Pure electric cars outsold hybrids for the first time on record in December, jumping to second place in the list of most popular fuel types in the UK, according to data from New AutoMotive.

The share of petrol cars fell below 50% of the market for the first time since 2016.

Breaking this down by region, Oxford was an EV hotspot in December taking a 40% share of new car sales. Newcastle came second with 31% and Kent was third with 30%.

To read the full story, hop over to WhichEV.net. 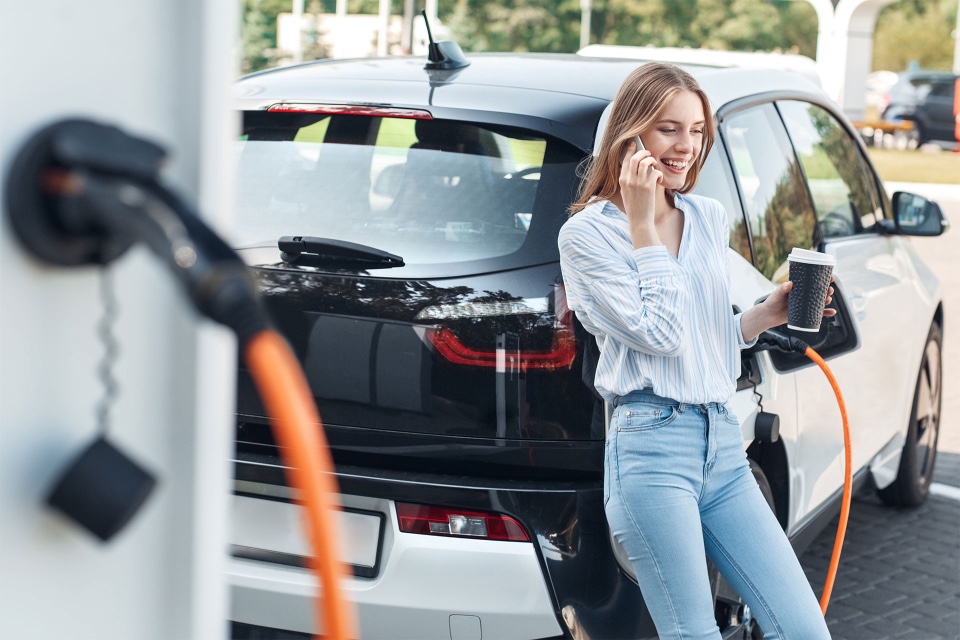 According to the latest data from the Society of Motor Manufacturers and Traders (SMMT), more electric vehicles will be registered in 2021, than in the whole of the previous decade.

The same forecast also predicts that BEV registrations will outsell diesel cars by the end of next year.

“Our latest outlook shows the UK experiencing a surge in plug-in vehicle uptake. Massive investment by industry as well as longstanding government incentives have seen us go from just 188 new plug-in cars in 2010, to almost 300,000 in 2021,” says SMMT’s chief executive Mike Hawes.

This increase in interest in electric vehicles comes against a backdrop where overall car registrations plummeted in October.

Most of this decline was driven by large fleets as their demand fell by -40.4% whereas private decline was just -3.3%. 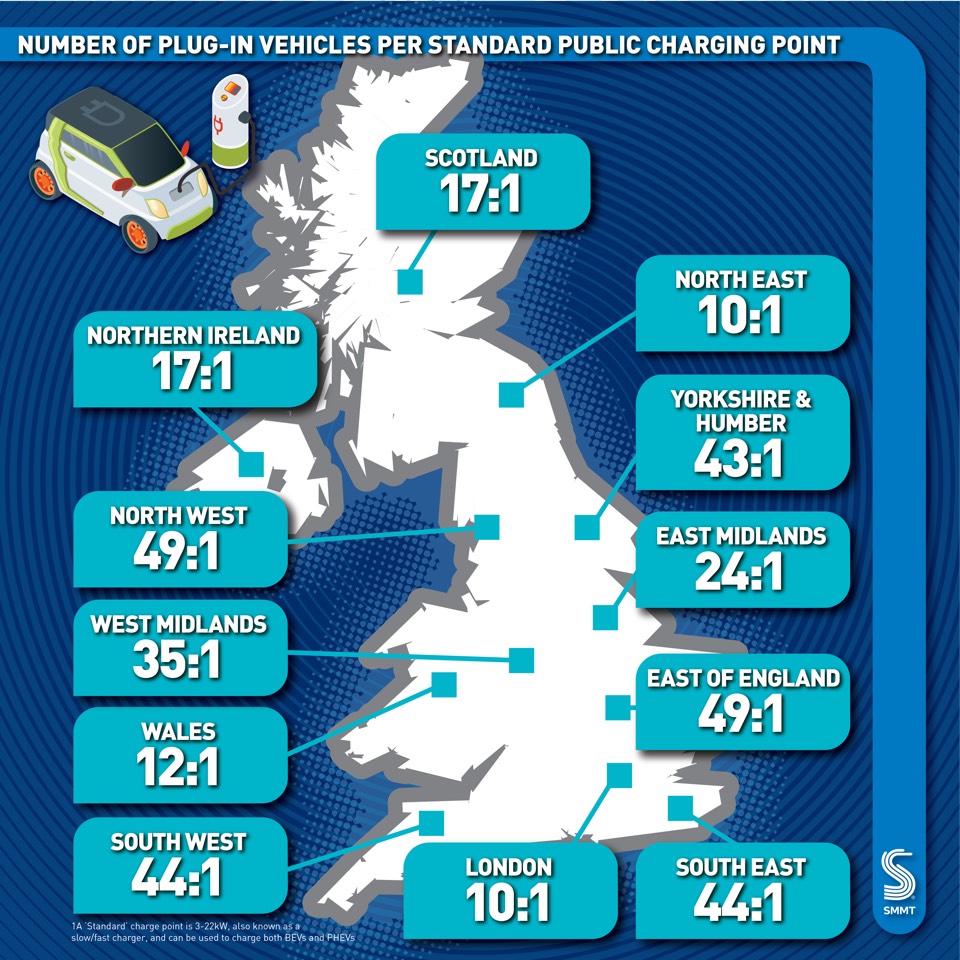 At the same time, a damning new report shows that for every 52 plug-in cars registered in 2021, just a single public charger was installed.

While the UK government has pledged £620m of zero-emission grants in its Net Zero strategy, and the Government’s Rapid Charging Fund is investing £950m to expand the number of rapid and ultra-rapid charge points, this is insufficient to keep up with consumer demand.

Mike Hawes, SMMT chief executive, said: “Recent Government funding for infrastructure was welcome but more private sector investment in public charge points is needed across the country. The UK therefore needs a framework of regulation that makes it easier to fund, build and operate electric vehicle charging infrastructure. Consequently, we need commensurate and binding targets for charge point rollout and reliability so that all those without a driveway or designated parking can be confident of finding a convenient charger, and one that works.”

At the end of 2019, 11 BEVs and PHEVs shared a public charging point on average, but by the end of 2020, that ratio had dropped to one charger for every 16 plug-ins.

While many people making the switch to an EV will be able to charge their car at home, on a driveway or designated parking bay, there are still those that rely on on-street parking, and so charging infrastructure has to cater for all needs if we are to achieve net-zero.

Britain’s ratio of plug-in vehicles on the road to standard public charge points is now one of the worst among the top 10 global electric vehicle markets at 16:1 in 2020.

There are also regional disparities in the number of charge points around the UK. London has the best ratio at 10:1 while the east of England has the worst at 49:1.