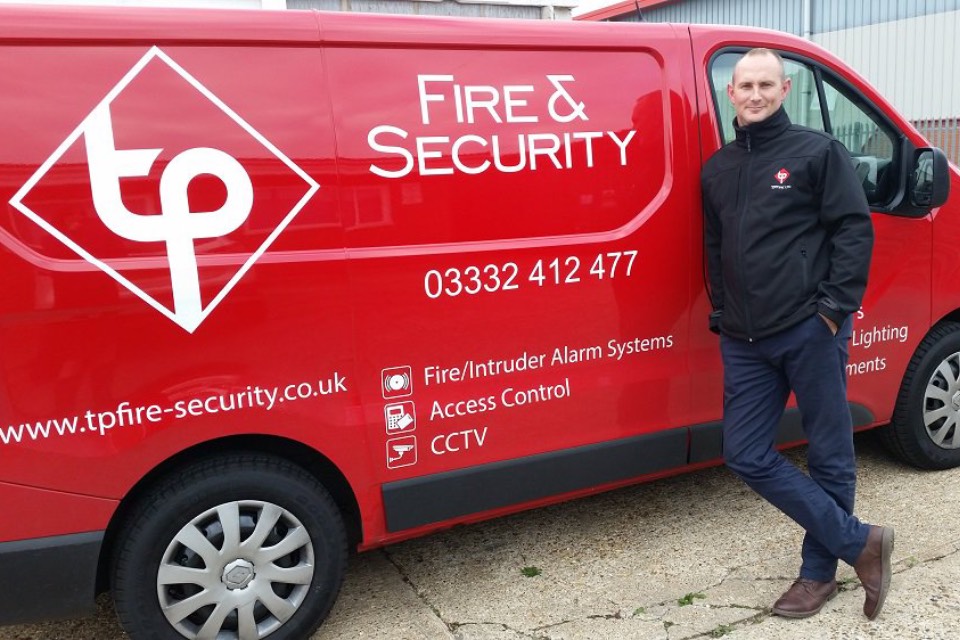 TP Fire & Security, one of the UK’s leading providers of fire and security protection, has announced the successful implementation of Lightfoot’s award-winning in-cab technology across its fleet, leading to increases in fuel economy of over almost 10%, a 59% uplift in elite driver numbers, and the eradication of instances of dangerous driving.

Utilising Lightfoot’s pioneering driver rewards platform, TP Fire & Security has also seen an 57% fall in instances of over acceleration, an 8% drop in harsh cornering, and a 7% fall in vehicle idling.

The organisation, which provides everything from alarm system maintenance and installation to extinguisher servicing and risk management, operates a fleet of 34 vans consisting of Citroen Berlingo and Renault Traffic vehicles.

In addition to its installation team, TP Fire & Security also has an emergency call-out team, which rapidly deploys engineers to address instances of minor equipment faults through to full scale system shut downs.

Lightfoot’s ability to encourage smooth, mindful and above all safe driving, was vital to TP Fire & Security, as vehicles involved in even the most minor of accidents delay call-out times dramatically and put the wellbeing of staff at risk.

In addition to lowering the likelihood of accidents that can lead to vehicle downtime, the smoother driving style promoted by Lightfoot’s real time driver guidance and rewards package has led to a 9.8% reduction in emissions.

Commenting on the positive impact that Lightfoot has had on its drivers, Mel Jackson, Health and Safety Manager at TP Fire & Security, said: “Running a fleet of 34 vehicles has its challenges. Keeping track of drivers is the simple element. Tracking driver behaviour is where the serious management of our fleet takes place.

“The results are excellent. Our driver performance has increased resulting in a 100% reduction in instances of dangerous driving, plus we’ve seen an uplift in mpg by 9.8%. Our team have transformed the way they drive, aided both by the assistance of Lightfoot’s on board dashboard device and its engaging driver rewards package.

“For us, it’s great. Finally, a solution providing immediate and readily available data with the presence of a continual on-board driving coach.”

Mark Roberts, Lightfoot’s Founder and CEO, commented: “TP Fire & Security has a vital role to play in protecting businesses, providing fire protection and detection services that safeguard premises, staff and assets. Having the ability to get on site safely and with certainty is core to their business, which is why Lightfoot’s ability to enhance duty of care to staff on the road proved so attractive.

“Since installing Lightfoot, TP Fire & Security’s drivers have transformed their driving style. Elite Driver numbers have leapt, and instances of dangerous driving have been eradicated. Add to that lower fuel bills, a reduced carbon footprint and enhanced staff wellbeing through the adoption smoother, safer driving, incentivised via a raft of rewards, and it’s a win-win result for all involved.”

Lightfoot’s innovative in-cab driver feedback helps drivers achieve greater efficiency from their vehicles with fuel savings and corresponding emissions reductions of up to 20%. Combined with falls in at fault accidents by up to 40% and wear and tear costs by 45%, Lightfoot brings about multiple benefits to fleets.

Lightfoot also provides drivers with an app, giving users full insight into their performance and score, alongside access to exclusive competitions which drivers can opt in to enter as soon as they achieve Lightfoot’s ‘Elite Driver’ standard; the point at which fleets see the best efficiencies and savings across the board. In addition to the highly popular cash-prize Drivers’ Lottery, drivers can enter competitions for a range of other prizes that serve as an incentive to maintain a smoother driving style.

Considered revolutionary in the fleet management and telematics worlds, Lightfoot’s disruptive approach to reducing accidents has been adopted by some of the largest companies in the market, including Virgin Media, Greencore, and South West Water.

To find out more about how Lightfoot can transform your fleet, visit https://www.lightfoot.co.uk/.