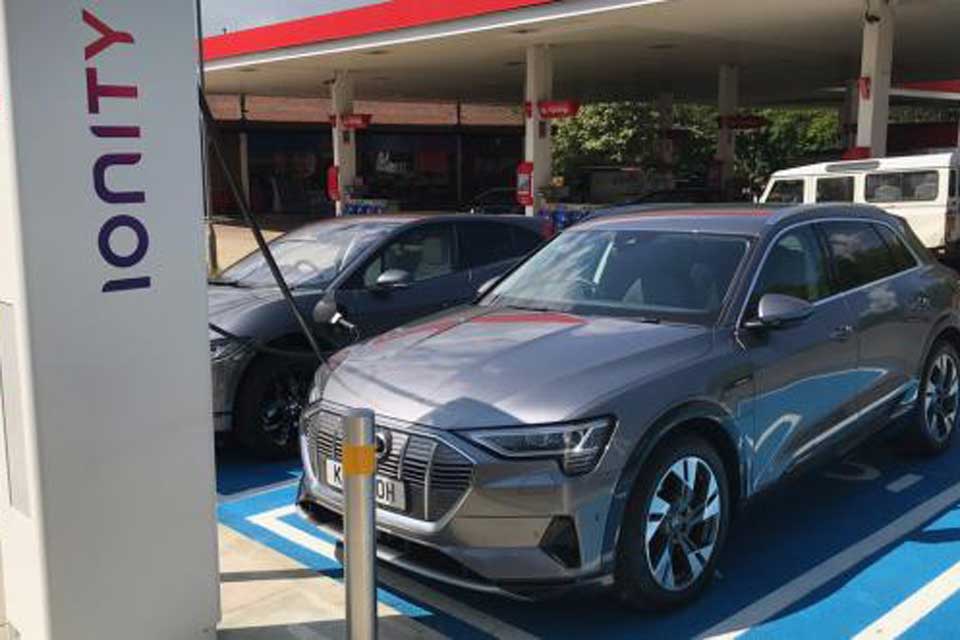 New figures from Zap-Map have revealed the extent of the UK’s electric vehicle revolution, with the number of public charging locations now surpassing petrol stations for the first time.

Data from Zap-Map shows that as of 22 May, there are 8,471 charging locations across the UK, hosting a total of 13,613 charging devices.

In contrast, as of the end of April, there are currently only 8,400 petrol stations in the UK, a figure which is continuing to decline.

Zap-Map says there has been huge growth in the UK public EV charge point market in the past 12 months, with the number of locations increasing 57% in that time.

In parallel to the increase in number of charging locations, new technologies are becoming available which offer higher charging rates.

Whereas most ‘rapid’ units are rated at 50 kW, enabling a standard EV to be fully charged in 40 minutes, the latest ‘ultra-rapid’ units are capable of up to 350 kW; ready for the next generation of longer-range electric vehicles.

The expanding network supports an increasing number of electric vehicles on the road, expanding from only 3,500 cars just six years ago, to more than 210,000 currently.

Analysts forecast that by the end of 2022, at east 1 million EVs will be in use in the UK, a figure backed by government policy that looks to electrify all new cars and vans by 2040.

Ben Lane, co-founder and CTO at Zap-Map, said: “The public and private sectors are now investing heavily in the UK’s EV charging infrastructure to ensure that there are sufficient charging points to support the growing electric fleet. This month’s milestone reveals of the rapid pace of change already underway as the age of the combustion engine gives way to an all-electric era with vehicles offering both zero-emissions and a better driving experience.”