Trucks powered by liquified natural gas (LNG) are no better for the climate than conventional diesel trucks and pollute the air far more than manufacturers claim, new independent tests have indicated.

Transport & Environment (T&E), which commissioned the on-road tests, says only zero-emissions trucks like battery electric vehicles should be supported by lawmakers. It has called for gas fuelling stations to be kicked out of EU fuel infrastructure targets and an end to generous government subsidies for LNG trucks in all EU countries.

Iveco’s S-Way LNG truck emits 13.4% more greenhouse gases than its Stralis diesel truck over a 20-year timeframe, the analysis shows. As methane has a far greater warming impact than CO2 in the 20 years after its release, the recent IPCC report said rapidly reducing it is crucial to avoiding catastrophic temperature rises.

The gas truck’s emissions savings at the tailpipe are negligible, according to the Technical University of Graz, which tested for exhaust CO2, methane and nitrous oxide. T&E analysed methane venting and upstream greenhouse gas emissions. Over a 100-year timeframe, when methane is much less potent, the LNG truck emits just 7.5% less than the diesel.

Fedor Unterlohner, freight manager at T&E, said: “Gas trucks are a dead-end for cutting emissions and will even exacerbate the climate crisis today. Only emissions-free vehicles are capable of decarbonising trucking. It’s time for gas fuelling stations to be dropped from the EU’s infrastructure targets and for governments to stop incentivising the purchase of LNG trucks.”

T&E analysis also found that powering Europe’s trucks with renewable gas is not an option. Demand for biomethane by trucks in the six biggest European countries would far outstrip the amount available, even with generous subsidies.[1]

The LNG truck is also far worse for cancer-causing particle emissions in cities and rural driving. In tests it emitted 37 times more ultrafine particles (PN) – which penetrate deep into the body and are linked with brain tumours – than the diesel. And while the gas truck performed better than the diesel for NOx emissions, it did not deliver the 90% savings that the truckmaker claims.

Fedor Unterlohner said: “LNG trucks are held up as saviours of air quality, but tests show they pollute far more than manufacturers claim. They are also a lot worse than diesel for the smallest and most harmful particles, including in city driving, where they are used for deliveries. Ultimately, gas trucks are just another fossil fuel technology that can never clean up freight.”

T&E called on governments and MEPs to reject an EU proposal for countries to continue installing LNG fuel stations under the Alternative Fuel Infrastructure law. EU member states, such as Germany and Italy, should also end their fleet renewal and purchase incentives for LNG trucks. Other subsidies, such as the lower fuel duty for fossil gas in transport throughout Europe, should also stop. Next year, T&E said, the EU should set the date by when all new trucks must be zero emissions when it reviews the truck CO2 law. 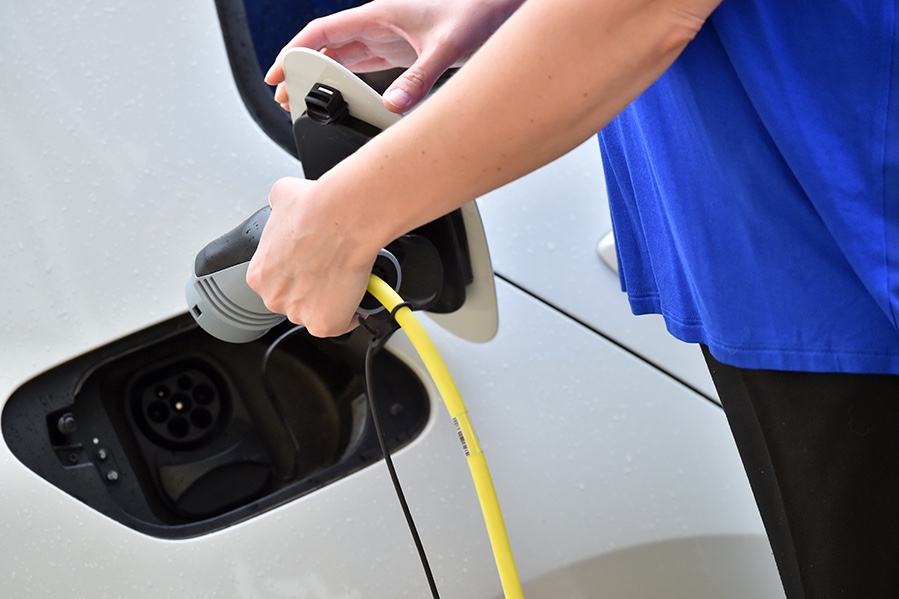 BENF: EVs will be cheaper than petrol cars in all segments by 2027

Electric cars and vans will be cheaper to make than fossil-fuel vehicles in every light vehicle segment across Europe from 2027 at the latest, according to a new BloombergNEF study commissioned by Transport & Environment (T&E).

The research found that battery electric vehicles could reach 100% of new sales across the EU by 2035, if lawmakers introduce measures like tighter vehicle CO2 targets and strong support for charging infrastructure.

T&E called on the EU to tighten emissions targets in the 2020s and set 2035 as the end date for selling new polluting vehicles.

Electric sedans (C and D segments) and SUVs will be as cheap to produce as petrol vehicles from 2026, while small cars (B segment) will follow in 2027, BNEF projects. It finds that falling battery costs [1], new vehicle architectures, and dedicated production lines for electric vehicles will make them cheaper to buy, on average, even before subsidies.

But the early build-up of EV production and sales will be crucial to drive down costs and generate consumer buy-in for further adoption in the future, BNEF found. Only stricter CO2 targets for vehicle-makers in the 2020s, including a new 2027 target, can ensure that, T&E said.

Julia Poliscanova, senior director for vehicles and emobility at T&E, said: “EVs will be a reality for all new buyers within six years. They will be cheaper than combustion engines for everyone, from the man with a van in Berlin to the family living in the Romanian countryside. Electric vehicles are not only better for the climate and Europe’s industrial leadership, but for the economy too.”

Light electric vans will be cheaper than diesel vans from 2025, and heavy electric vans from 2026, BNEF also finds. But today, e-vans account for just 2% of sales because of weak emissions standards that fail to stimulate manufacturers to invest in their supply. T&E said EU lawmakers will need to set van-makers challenging CO2 targets, alongside dedicated e-van sales quotas, to increase investment and the number of electric models on the market.

Battery electric cars and vans could reach 100% of new sales by 2035, even in southern and eastern Europe, if lawmakers increase vehicle CO2 targets and ramp up other policies to stimulate the market such as a faster roll-out of charging points. If left to the market without strong additional policies, battery electric cars will reach only an 85% market share, and e-vans just 83%, in the EU by 2035 – missing Europe’s goal to decarbonise by 2050.

Poliscanova added: “With the right policies, battery electric cars and vans can reach 100% of sales by 2035 in western, southern and even eastern Europe. The EU can set an end date in 2035 in the certainty that the market is ready. New polluting vehicles shouldn’t be sold for any longer than necessary.”

The EU Commission should set an end date for fossil-fuel car sales in June, when it will propose tightening the bloc’s car CO2 targets, T&E said. Last month, 27 major European companies called on EU lawmakers to set 2035 as the end date for selling new combustion engine cars and vans.

A recent poll showed 63% of urban residents in Europe support a ban after 2030. At least seven carmakers and 10 European countries have announced plans to phase out conventional cars. But, in the absence of an EU commitment, these deadlines remain either voluntary or uncertain as to their enforceability.