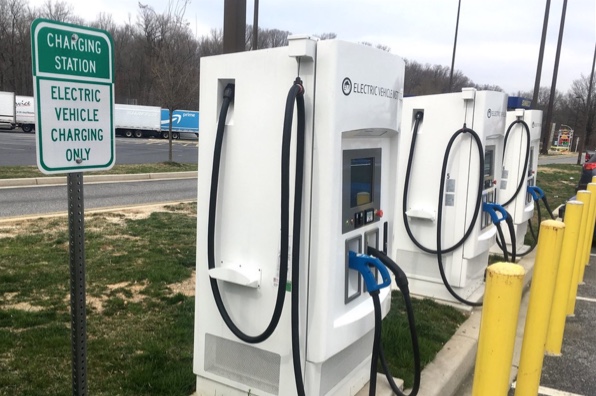 In the UK specifically, one in 10 new cars sold in 2020 was a plug-in vehicle, with 6.6% battery electric cars and 4.1% hybrid cars that can be potentially plugged in, according to the Society of Motor Manufacturers and Traders. This is broadly in step with the UK Government’s aim to ban the sale of new petrol and diesel cars and vans from 2030 in favour of purely electric powertrain or hybrid vehicles, having moved that date forward from 2035 recently.

Meanwhile, there are currently more than 39,500 public charging points at 14,600-and-counting locations ranging from petrol stations to hotels and supermarkets, according to Zap-Map, a specialist app that enables BEV drivers to find the nearest chargers, or plan a longer journey with access to charging.

Layers of fragmentation a key challenge

However, there are multiple layers of fragmentation here, building into a complex overall picture. For example, there is the question of outright compatibility for different vehicle types – looking at that alone, Zap-Map’s rapid charger figures show a rise from just over 30 CHAdeMO connectors in 2011 to over 9000 rapid connectors across CHAdeMO, CCS, Tesla and Type 2 Rapid chargers by the end of 2020. Then of course, there is the all-important speed of the charge point, sometimes dictated by location. Ultra-rapid for a fossil-fuel style motorway stop, such as the Gridserve Braintree pilot in Essex, slow for residential trickle charging overnight.

Even this metric is bedevilled with context – the greatest increases year-on-year in UK BEV charger capacity are in the slow (3-5kW) and fast (7-22kW) categories, with rapid (25-99kW) and ultra-rapid (100kW+) lagging behind. Part of the reason behind this is a surge in local authorities installing on-street charging options for the millions of car owners without off-street parking facilities.

Just one example of this in action is Siemens partnership with Ubitricity, which has delivered over 1,300 chargers across Greater London and more than 2,300 nationwide, based around a concealed ‘SimpleSocket’ solution retrofitted into lampposts and in new kerbside bollards. The charge speed varies by installation, but is often in the ‘slow’ charge category – Siemens has issued figures pointing out that most EV’s reach full charge in 3.4 hours, but are plugged in for 7 hours on average – presumably mainly due to residents charging overnight.

The company has also worked with Westminster City Council to create ‘the UK’s first fully converted lamppost charging street’ in Sutherland Avenue, W9, which now has 24 converted ‘SimpleSocket’ lamp posts. Interestingly, as Ubitricity notes, local councils can access special government funding to pay for this type of conversion, but local residents need to apply to councils and request one. Even once this has been done, ‘don’t hold your breath’, says the Ubitricity site, due to the many factors that can potentially hinder rollout, not least technical considerations. Retrofitting charge points that use existing street furniture and electrical connections hit a laundry list of caveats, including the condition of the internal wiring, whether the lampost has enough space for extra fuses and charge point electronics,  the exact position on the pavement (too far back and a kerbside bollard is required), and local traffic and parking conditions.

While public-private partnerships of this kind are making some headway in resolving the question of kerbside capacity, the inevitable fragmentation in service provision raises another barrier for users, in that they currently need to maintain multiple customer accounts to ensure they can use different provider’s facilities. Some providers require full registration, others operate pay as you go-style options, while others simply require a pre-authorised payment card to be presented. Currently, UK charging point operators break down as Ubitricity (14.9%), Pod Point (11.9%), BP Pulse (11.5%), ChargePlace Scotland (7.5%), Source London (6.6%), Tesla Destination (5.1%), and a host of smaller players at sub 3% market share each – a market crying out for a unified membership and/or billing system.

Government funding in the wings

That said, there is specific funding in the pipeline, with the UK Chancellor’s November 2020 Spending Review dedicating a section to detailing where a £1.9 billion investment in charging infrastructure and consumer incentives will be channeled. A pot of £950 million is earmarked to support the rollout of ‘rapid electric vehicle (EV) charging hubs at every service station on England’s motorways and major A-roads’, £275 million to extend support for charge point installation at homes and workplaces, and a further £90 million to fund local EV charging infrastructure.

There is certainly much to be done to deliver widespread charging capacity over the coming years on almost every level. From national infrastructure to local government, business providers to manufacturers, collaboration will be key to success, not only on a purely practical level, but also to inspire motorists of all stripes to make the switch. An interesting knock-on effect or ripple from this need for public-private collaboration will undoubtedly be felt in the wider transport ecosystem, where deployment of new standards such as V2X technology has also been stalled by the lack of established relationships between the key players. Sometimes driving trust can be as big a challenge as creating kerbside capacity…

Sascha Spillner is an Account Manager at Avnet Abacus, where he helps automotive design engineers with the latest technological challenges, including developments in on board chargers and v2v communication.