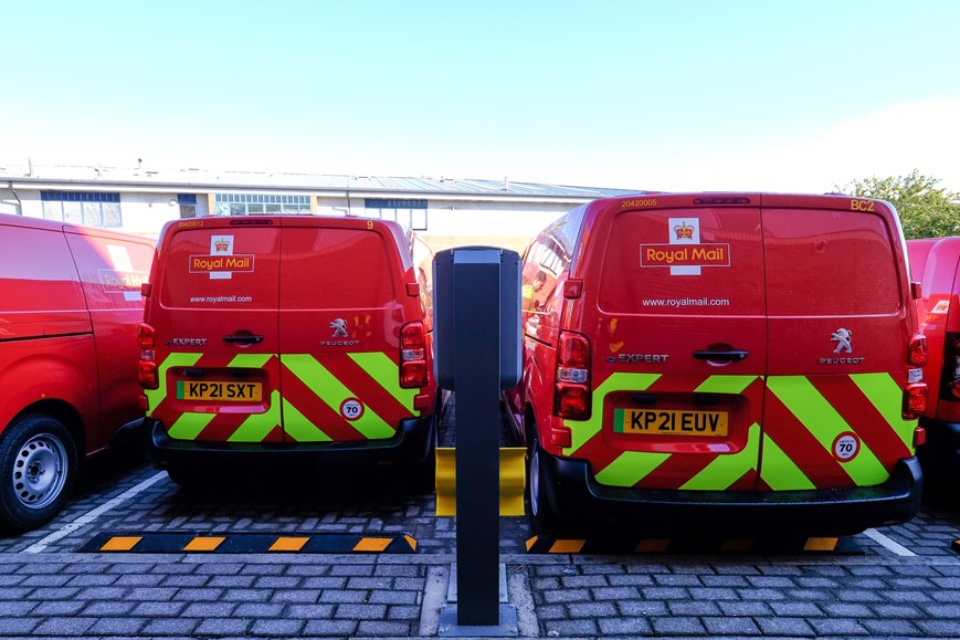 Royal Mail has announced a new initiative to ensure all its company cars will be electric by 2030, as the company builds on its ambitions to become a net zero carbon emission business with a 100% alternative fuel fleet.

Under the plans, the Royal Mail will rework all of its current car schemes to accelerate the switch to electric vehicles. This includes widening the access to electric company cars for those colleagues who need a car to do their job. By 2025, only electric cars will be available to order across all company car schemes.

The drive towards electrification will also extend to postmen and women who seek to buy their vehicles through the company’s popular salary sacrifice scheme MyDrive, with the associated tax benefits that come with running an electric company car. Royal Mail plans to offer a range of affordable entry level electric vehicles.

To reinforce the commitment to change, the company says it will only pay business mileage reimbursement at an appropriate electric vehicle rate for diesel, petrol and hybrid private cars and company cars from 2025.

Royal Mail’s says its company car fleet is already changing and has undergone a significant move to electric vehicles since the April 2020 tax changes. Around half of company car orders are now for electric vehicles. It says this new initiative is aimed at accelerating this trend by encouraging the take up of more electric vehicles in a push to reduce the company’s emissions still further.

Jenny Hall, Director of Corporate Affairs, Royal Mail said: “We’ve already revealed our ambition to turn our fleet to alternate fuel vehicles in order to do the right thing by the communities we serve. It makes sense for us to focus on company cars too, and we hope that this new scheme will benefit our colleagues while reducing overall Company emissions further.”

With the UK’s largest “Feet on the Street” network of over 85,000 postmen and women, Royal Mail claims to already have the lowest reported CO2e emissions per parcel amongst major UK delivery companies. It says the expansion of alternative fuel vehicles demonstrates the Company’s commitment to reducing emissions associated with its operations, and to delivering a cleaner future.

In May, the Company announced the launch of 29 low emission gas powered trucks, fuelled by Bio-Compressed Natural Gas (Bio-CNG). The 40 tonne Heavy Goods Vehicles (HGVs) are similar in size and look to a conventional Royal Mail truck but are significantly quieter. They also emit roughly 84 per cent less CO2e than a typical diesel-fuelled vehicle of this size.

Also in May, Royal Mail announced the launch of its first ever Delivery Office to feature an all-electric fleet of collection and delivery vehicles. The Bristol East Central Delivery Office, located in the City’s Easton area, has had its 23 diesel delivery and collection vans replaced by fully electric equivalents – comprising the Office’s entire collection and delivery fleet. Six electric charging posts and 12 charging points have also been installed on the site as part of the transformation.

Bristol was selected due to the City’s plans for a Clean Air Zone (CAZ), which will require certain vehicles to pay a daily charge to enter its centre. At present, other Delivery Offices across the UK are being considered for similar fleet makeovers in coming months – particularly those in places with existing CAZs, or that have plans to introduce them.