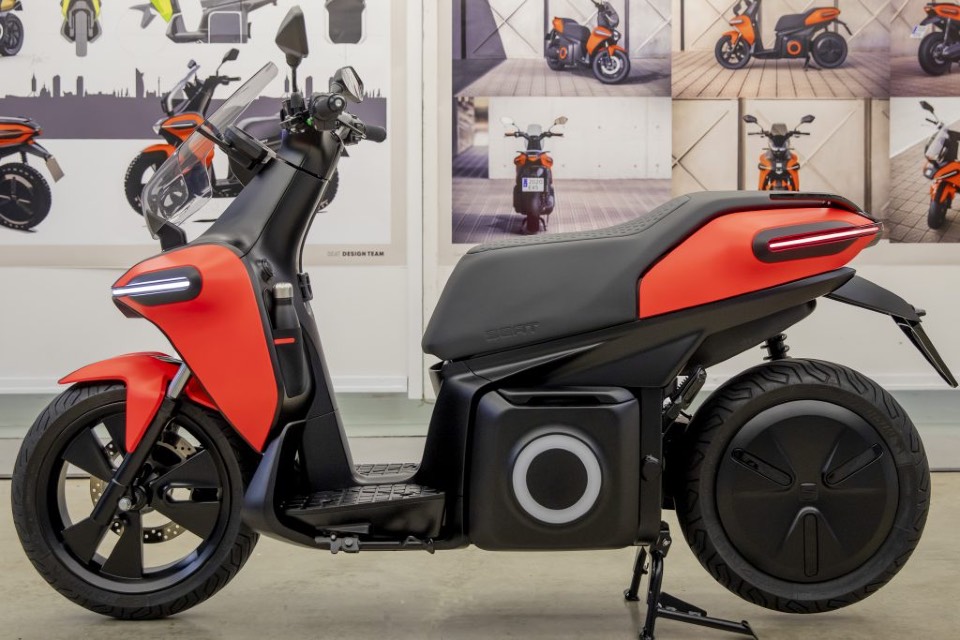 Spanish motoring firm SEAT has unveiled its first e-Scooter concept in response to the growing demand for zero emissions, with the vehicle producing running costs of just £1 per week for the average motorcyclist.

The e-Scooter was unveiled in Barcelona in a partnership with Silence, and will enter full production next year.

The motorcycle has a range of 71 miles between charges and will typically cost just 60-70p to fully charge.

And with the average British motorcyclist riding approximately 5,000 miles per year, the e-Scooter would cost them around £1 per week in electricity if the production model is eventually sold in the UK.

SEAT’s new motorcycle is the Spanish firm’s latest response to urban motoring and follows this month’s launch of the Mii Electric, its first ever zero emission car.

The firm is yet to confirm if the electric bike will be sold in the UK, which is one of Europe’s largest market for motorcycles, with more than 1.1 million bikes registered.

Lucas Casasnovas, head of urban mobility at SEAT, said: “We aim to become an ally for cities and the SEAT e-Scooter concept is the answer to public demand for a more agile mobility.

“Our collaboration with Silence is an example of how cooperation between partners enables us to be more efficient.”

The e-Scooter concept has been developed for all motorcyclists but is geared more towards ‘motosharing’.

It is fitted with two USB input sockets and a place to hold a mobile phone.

A phone app can monitor where the bike is located and track its battery usage and the battery is easily removed from the bike and charged inside.

Joan Melenchon, a designer at SEAT, said: “We mostly wanted it to be a vehicle that is straightforward, iconic and practical.

“We steered away from making a visually minimalist package, concentrating instead on its pared down utility.”

SEAT is spearheading the Volkswagen Group’s ‘micromobility’ strategy and has also built a 100 per cent electric quadricycle called Minimo.