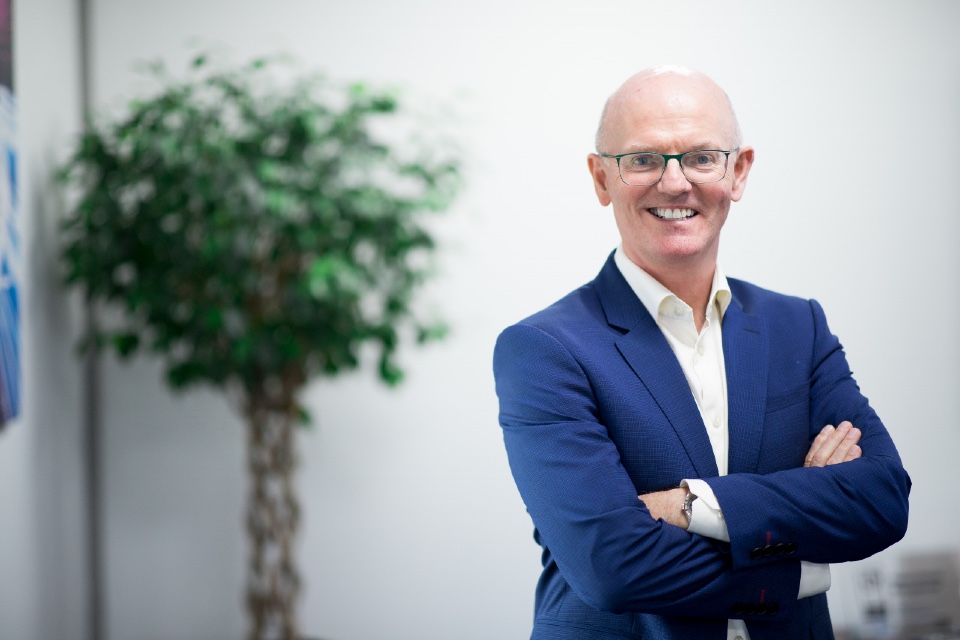 Nexus has cemented itself at the forefront of innovation for 20 years and has successfully carved its market niche by applying technology to meet evolving industry trends and the ever-changing demands of its customers.

Nexus is transforming the vehicle rental industry in much the same way Uber disrupted taxi services – by providing on-demand access to the UK’s largest supply chain of 550,000 vehicles across 2,000 locations, including EVs, specialist and commercial vehicles, HGVs and one day, autonomous vehicles. Nexus keeps costs lean for businesses and provides an alternative to purchasing assets.

Technology remains at the heart of Nexus, and its innovative bookings and management platform, IRIS, works to minimise errors and enable customers to self-serve, putting them in control of the entire rental process. Automation means that 90% of bookings involve no human interaction, which helps to streamline rental management and allows new bookings to be made in just 30 seconds.

By seeking a flexible rental solution, through a third party such as Nexus, businesses are always equipped to meet their changing mobility needs. Nexus is best placed to keep businesses moving with its all-encompassing technology-led mobility solution. 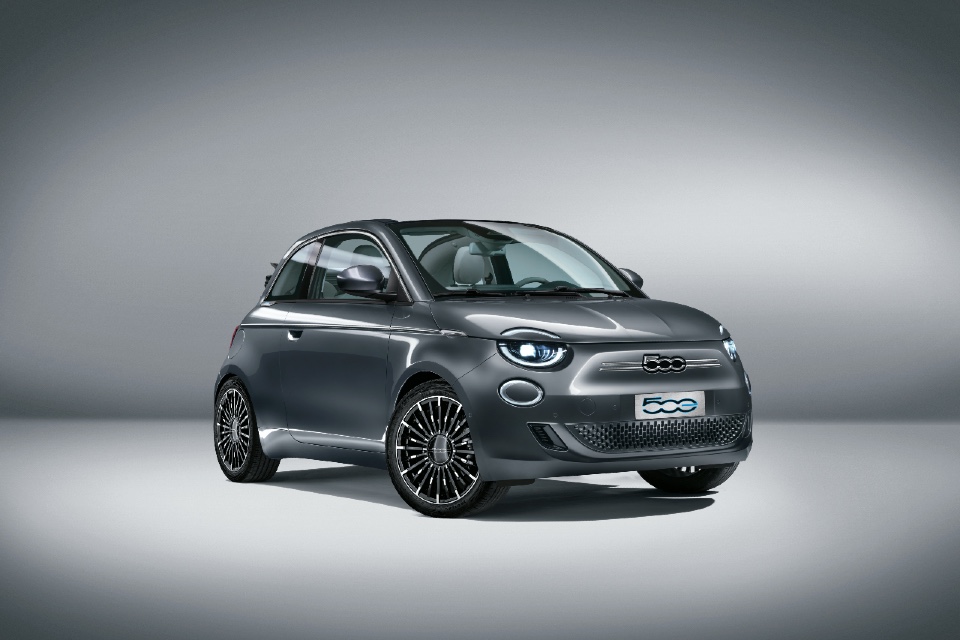 Sixty-three years after the original Fiat 500 was introduced to the world, the stylish, chic and fun-to-drive city car has inspired a new electric generation. Ready to order now, the all-new all-electric 500 will once again set a new standard for urban travel.

Capable of covering 200 miles to a charge, the car uses a 42kWh battery that can be recharged to 80% in just 35 minutes. The on board 85kW fast charger can add 30 miles of range in just five minutes, which should be enough for the average journey minimising range anxiety and ensuring drivers can always get to where they are going.

Retaining its classic Italian style, the new 500 evolves the look of its predecessor with clean and consistent lines. The retro details are enhanced with new flush door handles, LED headlights and a new 500 badge. The body and wheelbase have grown slightly to give the car a wider stance and greater levels of passenger comfort, yet the 500 remains compact with a length of less than four metres. Step inside the new 500 and you’ll find a new and elegant interior that features distinct references to the original 500, while incorporating the latest in-car technology and clever storage solutions. The car is the first model from FCA to feature Uconnect 5, a new connected platform that promises a greater user experience. It’s controlled via a centrally mounted 10.25-inch high-definition touchscreen. Connected services can be enhanced via a new smartphone app. Drivers can check the status of the car’s battery, schedule charging, activate the climate control to pre-heat or cool the car and send navigation destinations directly to the sat-nav.

With 116hp on tap, the 500 can accelerate from 0-62mph in just nine seconds. With its instant electric torque the car provides seamless acceleration. While the 500 has driveability at its core, for the first time in the segment it introduces a suite of advanced driver assistance systems including intelligent adaptive cruise control (iACC) that can respond to cars, cyclists and pedestrians. Lane centring does what the name suggests and intelligent speed assist reads the speed limits of signs and recommends applying them. There is also urban blind spot, which uses ultrasonic sensors to monitor the blind spots and warn of any obstacles with a triangular warning light on the door mirror.

The New 500 has three driving modes: Normal, Range and Sherpa. Sherpa mode optimises the available resources to ensure that the car will reach its destination by incorporating any necessary charging stops into the route. This driving mode limits top speed to 50mph, reduces accelerator response and deactivates the climate control system and heated seats. Normal mode is as close as possible to driving a vehicle with a combustion engine, while Range mode activates the “one-pedal-drive” function.

Available in both fixed-roof and convertible body styles, the new 500 will be the first four-seater convertible with zero tailpipe emissions. The electric 500 will start deliveries in the UK in the first quarter of 2021, with production taking place at Fiat’s plant in Mirafiori, Italy. The “La Prima” launch edition, which is available to order now, comes exclusively with a convertible roof. It’s offered in three colours: Mineral Grey (metallic), Ocean Green (pearlescent) and Celestial Blue (three-layer). The launch version also features full LED headlights, eco-leather upholstery, 17-inch diamond-cut wheels and chrome-plated inserts on the windows and side panels.

Our new issue of Soluzioni is available to read at www.fcafleetandbusiness.co.uk, but if you would like more information about FCA feel free to contact our business centre on 08081685095. 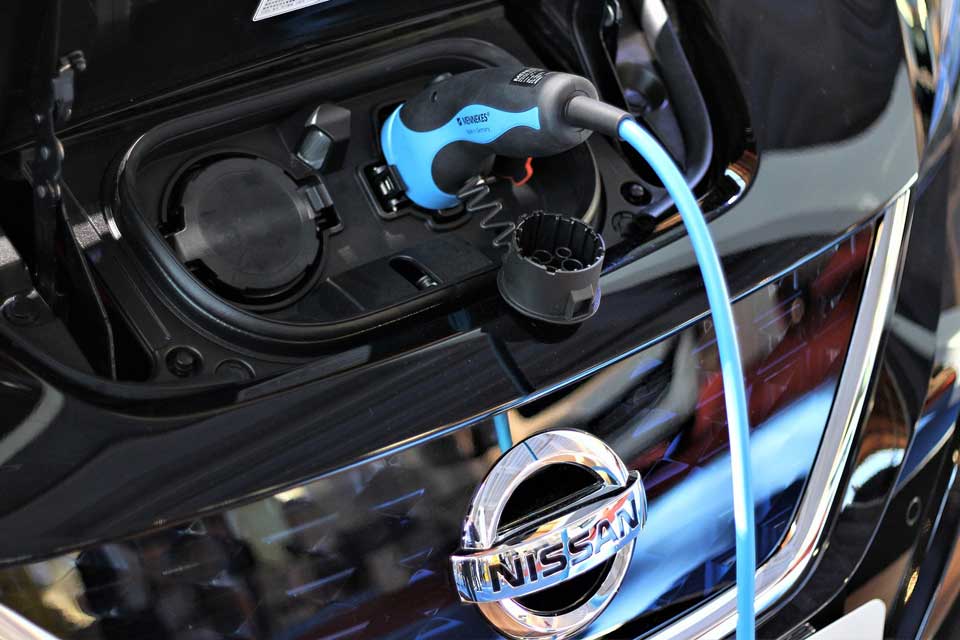 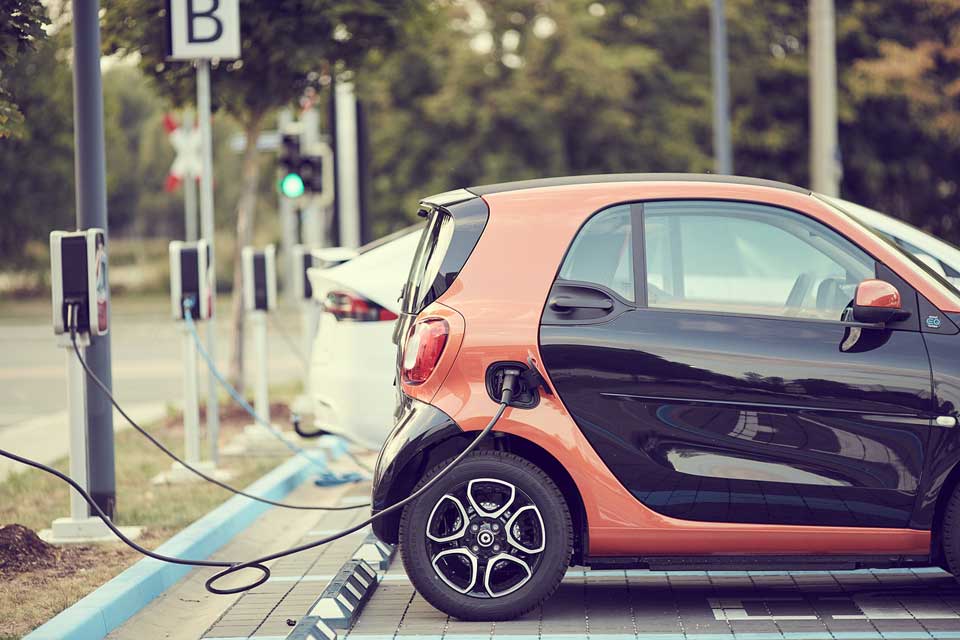 Almost one fifth of petrol and diesel car owners are put off going electric because they’re worried about driving in adverse weather conditions, including, um, lighting storms.

Interest in green motoring continues to grow as Brits look to cut their carbon footprint and reduce their running costs, with sales of pure electric cars up by 151 per cent in October.

But despite the growth, and Government plans to phase out the sale of conventional petrol and diesel cars by 2040, several myths around electric vehicles (EVs) remain.

A survey of petrol and diesel drivers revealed 22 per cent would not feel safe charging an electric car.

Meanwhile, 18 per cent said they didn’t think it would be safe to drive through a lightning storm, and 12 per cent wouldn’t feel happy about charging their phone in an electric car.

And while London currently boasts more than 20,000 electric vehicles, 1,700 electric taxis and Europe’s largest electric bus fleet, it is here where petrol and diesel owners are most concerned about the supposed dangers of zero emission driving.

In comparison, just 11 per cent of people in East Anglia were worried about going out in an electric car in the same conditions.

Hyundai conducted the myth-busting research as society looks at ways to reduce its carbon-footprint – with the automotive sector already investing billions of pounds to bring more electric vehicles to market, helping to manage the transition to a zero-emission motoring future.

Of the 2,000 petrol, diesel and alternatively-fuelled vehicle (AFV) drivers polled, 56 per cent said the government was doing the right thing by encouraging motorists to switch to AFVs by 2040.

It follows another study undertaken by the car manufacturer which found that 46 per cent of motorists cited range anxiety as one of their major concerns about buying an electric car.

This is despite the average Brit driving around 20 miles per day and the UK boasting more public charging stations than petrol stations.

The existence of myths could be down to a lack of education about electric cars, with 28 per cent of those polled, via OnePoll, admitting they don’t know enough about EVs.

Sylvie Childs, Senior product manager at Hyundai Motor UK, said: “It’s been fascinating to hear about some of the misconceptions that people still have about electric vehicles.

“We’ve all been told you don’t mix electricity with water, but when it comes to EVs there’s absolutely no extra risk of driving in a lightning storm – they are just as safe as a petrol or diesel car.

“Range anxiety is also an interesting one. When electric cars first came out the range was an issue we had to tackle, but these days you can get almost 300 miles on a single charge and this will increase further in time.

“The NEXO hydrogen fuel cell car can travel even further with a range of over 400 miles and takes less than five minutes to re-fuel with hydrogen.

“But despite these common misconceptions, our research, along with the growth in sales figures, shows there is a real appetite for low emission vehicles in the UK.

“It’s for us in the industry, working together with Government and electricity providers, to make sure drivers understand the reality of EV ownership.”

For its part, Hyundai has sought to address the top ten concerns and myths about electric cars:

1. Range anxiety bringing you down?
Don’t panic. A typical electric vehicle (EV) covers between 100 and 200 miles on a single charge and even longer on some models with ranges of more than 300 miles. Hyundai’s KONA Electric can actually go as far as 279 miles with one charge.

2. Worried you won’t find anywhere to charge?
No need to be! There are currently more than 14,500 public charging points in more than 9,000 locations in the UK and the network is growing rapidly.

3. Think an electric vehicle is too expensive?
Think again. With more and more affordable and competitive options and fewer moving parts to fail or need replacing, EVs are in fact cheaper to run than conventionally fuelled vehicles.

4. Worried that electric vehicles are too sluggish?
Not true! Instant torque delivery means EVs can accelerate just as quickly and if not much quicker than their petrol or diesel counterparts. For example, Hyundai’s Kona Electric can accelerate from 0-62mph in just 7.9 seconds.

5. Think you can’t take an electric vehicle through the car wash or drive in a lightning storm?
Of course, we’ve all been told that you don’t mix electricity with water, but when it comes to EVs its perfectly safe to use a car wash and there’s no extra risk of driving in a lightning storm.

6. Not enough choice in the market?
The electric car market is expanding rapidly. In fact, Hyundai currently has the largest e-mobility fleet in the world including the latest in electric, hybrid and hydrogen fuel cell vehicles.

7. Worried that electric vehicles’ batteries are adding to the landfill crisis?
EV batteries can be recycled just like the batteries in petrol or diesel cars. EV power cells can be used to store solar and wind energy, or they can be broken down with their more-valuable elements reused .

9. Worried about your breakdown cover?
No reason to be. The majority of breakdown suppliers now provide services for all EVs as well as conventional vehicles.

10. Don’t think an electric vehicle will fuel your petrol head needs?
You won’t be disappointed. As soon as you push down on the accelerator, the transition from stationary to speed is almost instantaneous.